At 9am on June 2nd, 2014, dozens of antifascists conviened on the Statehouse in the rainy downtown of Columbus, Ohio. Arch City ARA had verified through both online postings and secure intelligence that members of The Creativity Movement (headed by James Logsdon and Mark Martin), NSM, and Blood & Honor were planning to disrupt the dedication of the state’s new Holocaust memorial. The memorial dedication, which honored both victims and survivors as well as American liberators of nazi terror, was attended by 1500 central Ohioans affected by Third Reich.

In the week leading up to the proposed rally, Columbus was covered in fliers: some looked like transit reroute notifications, others were the official Arch City demonstration callouts. There were posts online and people talking, everywhere. No one wanted the nazis here.

When the time came, Logsdon and his rallied boneheads were nowhere to be found. Antifascists patrolled the perimeter of the Statehouse several times and eventually posted themselves at the only break in the police perimeter surrounding the event.

Coincidentally, this spot happened to be outside of the hotel where honored WWII vets were marching to the dedication from, and, in leiu of police protection, antifascists were asked to secure the street and sidewalk in case any fascists were to try and disrupt the event as they made their way to the event. Regardless of ARA’s position on police or the military, Arch City must express that it was an honor to be considered for this task, as supporting other antifascists is intregal to the work we do.

Shortly before the noon dedication was slated to begin, a car drove by and threw out four business cards in support of Cincinnati’s National Alliance coordinator Robert Ransdell for Senate, with URLs to both Stormfront and VNN on the bottom. All of the cards were quickly confiscated and destroyed by ARA members to prevent further distribution.

It is clear that Columbus collaborated successfully to prevent Logsdon, Martin, The Creativity Movement, NSM, and Blood & Honor from even stepping out of their cars after long drives from Illinois, Cincinnati, Covington, and Lancaster. To further prevent them from their reign of terror and attempts to grow, we now present you with the d0x anonymously forwarded to us earlier in the week. 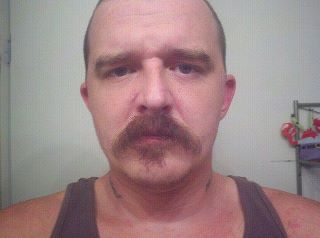 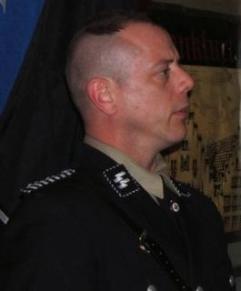