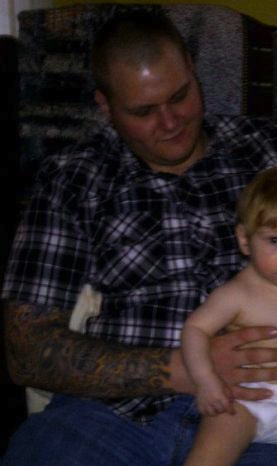 Update 3/01/13:  Since the initial post, Jason W Noah has attempted to remove this factual and public information from the internet. Since he has hassled us in the slightest way, we are now releasing the details of Jason Noah’s hate crimes as well as his mug shot and other minor details. All of which are also public information.

Jason W Noah is a 31 year old White supremacist from Blue Island, IL. He has been involved with the WP scene since he was about 15 or 16 years old, claims to have been a skinhead since the 5th grade, and has been to several white supremacist rallies and white power concerts across the country. He attended Eisenhower High school in the late 90’s. Jay used to be in a crew called T.C.B. led by former head of security for Skrewdriver Del O’Connor. This crew fizzled out and members went on to join Volksfront (VF). Jason also used to have ties to the white power band “confederate storm” who eventually went on to form the pop punk band known as Mest.

On August 21st, 1998, Jason was arrested with Paul Lira and Jason Brachens for a hate crime after Paul beat up a kid at Crescent Park for nothing other than being black (case number: 98CR30122). After the fight ended, all three retreated while yelling “white power”. In the statement, Jason Noah states that “under his skinhead and white power beliefs, the white race is superior to the black race”. Jason plead guilty and received 30 days in jail and 30 months probation. Later, on May 13th 2003, Jason and Paul were arrested together once again. This time they were charged with a hate crime and aggravated battery on a police officer (case number: 2003CR1167401) after Jason swerved his vehicle towards officer Bouie on Maplewood Ave while yelling out racial slurs. After the officer pulled into the parking lane to avoid being hit, Jason pulled into an alley and made a three point turn to come where the officer was pulled over. Long story short Jason and Paul struck officer Bouie and officer Christopher Trenton in the head and body. Jason was facing about 2 years and was eventually convicted and sentenced with “time served”.

Although Jason is mostly tied up with family nowadays, him and his neo-nazi wife (Hida1979) are still attempting to network via Jason Heicke’s new social networking site known as the Advanced White Society(AWS), a second rate Facebook for white supremacists. Jay used to work at a power plant at Cermak and Halsted until mid September. He now works at Will County’s Midwest generation (529 E. 135TH St) in Romeoville, IL.