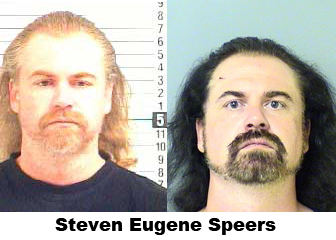 Aside from the hospitalization and injuries many white supremacists suffered at the recent Ashford House attack, that led the “White Nationalist Economic Summit”(the first and possibly last white supremacist event for lead organizer Beckie Williams) to end almost as soon as it began, other severe consequences have followed. An event attendee, fugitive, and pedophile Steve Eugene Speers was arrested today along with fellow white supremacist Francis John Gilroy Jr. of Lighthouse Point; a convicted felon who apparently had a gun on him. Event attendee Brandon Spiller himself also admitted to having an illegal weapon in his car in a comment on an on-line news article.

We thank whoever the antifascists are that laid these down these attacks. We see this as an effective blow against white supremacist organizing in this state and elsewhere. Taken From Arch City ARA:

It has recently come to our attention that some of the fascists smashed at the recent Tinley Park action were arrested and are being held by Tinley Park and Cook County police.

White nationalist Steven Eugene Speers was arrested afterwards on a warrant for child pornography from Texas. In addition to his Texas charges, he was arrested in 2010 for failure to pay child support, battery, felony domestic battery by strangulation, and burglary with assault or battery in Bay County, Florida. Other past charges in Florida include conspiring to purchase a controlled substance with intent and possession of a controlled substance, criminal mischief, and trespassing (possibly in connection with the domestic battery charge).

Steven currently lives in Grand Forks, ND, but has lived in Garland, TX, Chipley and Defuniak Springs, FL, and Shelton, WA. Steven Eugene Speers was transferred almost immediately to the Cook County Sherrif’s Fugitive Division, and will probably be behind bars for quite awhile. 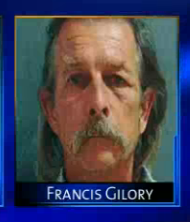 Francis John Gilroy Jr. of Lighthouse Point and West Palm Beach, FL was also picked up for unlawful possession of a weapon by a felon. He was described by police and arrest records as a transient, and he may live with his 80-year-old parents, Francis John Sr. and Joyce Gilroy at their home in Jupiter, Florida.

More info on Gilroy to come. It is unclear yet but probable that Speers and Gilroy may have associated prior to the White Nationalist Economic Summit in Tinley Park, given their shared views and ties to the state of Florida.

Outcomes like this are important for actualizing our goals and stances as antifascists (and clearly follows along ARA’s Points of Unity) because it makes the connections between those things we oppose ever more clear. National Socialism, fascism, and white supremacy have had always had very definite ties to instances of spousal and child abuse, sexual assault, and other acts of violence against oppressed groups outside of the realm of racism.

Take, for example, the proof that California NSM leader Jeff Hall had abused and neglected his wife and children in the years leading up to the night his murder, at the hands of his 10-year-old son. Mike Schloer’s ex-wife Jennifer recently came out with startling evidence of sexual and emotional abuse at the hands of her neo-Nazi husband, and in November of 2010, Steve Turpel of INSF was outed as a known pedophile, who kidnapped a teenage girl, and produced child pornography.

The correlations between these instances of abuse and assault are not isolated, and span the entirety of hate groups like those that met on May 19th at the Ashford House Restaurant. We will not stop exposing neo-Nazis, fascists, and white supremacists (and, consequently, abusive partners and parents, pedophiles, child molesters, and perpetrators of sexual assault), ever; we intend to win!